Stephanie Dray chats about "Song of the Nile"


What a joy to read Song of the Nile. I was glued to the couch all weekend, lost to the world, exploring the rich textures of Ancient Rome and barbarous Africa, learning how to survive as a princess of Egypt and a war prisoner of Rome. This will be one of those special books that I share with my husband. I can't wait to discuss the finer points of Cleopatra Selene with him.

Stephanie Dray offered me an interview, and I jumped at the chance to learn more about this author and her writing. I hope you enjoy this interview as much as I have.

To honor our guest, I'm hosting a giveaway of her book Song of the Nile. Giveaway details: 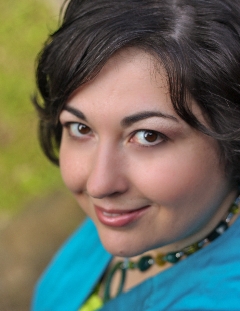 Rita: What made you decide to become a writer?
Stephanie: It was some foolish notion that I had that it would be easier than being a lawyer. Boy was I wrong!

Rita: Where did you learn your love for history?
Stephanie: History is a rich story land filled with things that actually happened. Things that affect us still today. I love to unravel how we got where we are based on what went before us. I wish we’d read more historical fiction when we were in school, though, because textbooks really didn’t do it justice.

Rita: Why did you choose this particular figure and time period? Why not choose the more well known character Cleopatra rather than her daughter?
Stephanie: Cleopatra has had so many books written about her--and by far better writers. To me, it was Cleopatra Selene and her little known story that called out to be told. Selene was without a voice for most of her life and it was an honor for me to try to give her one.

Rita: How do you plan/plot your stories? Is it hard keeping track of the historical facts as you write?
Stephanie: I use a program called Scrivener and I keep a very detailed timeline. It is very important to keep track of it all and sometimes little things go awry. I recently discovered that I gave an incorrect name to a character in the book--it just slipped through the cracks. What should have been Cleopatra Antoniana was rendered Cleopatra Antonianus. I had to add it to the blooper file on my site.

Rita: How did you find your publisher? Was the road to becoming a published author easy or hard for you?
Stephanie: Berkley has been very good to me and I’m so happy that Cindy Hwang is always as excited about the dark and twisted things I do in my books as I am. The road was very hard for me. I spent ten years honing my craft, researching, writing, and learning to commit to being published. If I’d been smarter about it early on, I’d be farther along in my career than I am.

Rita: What advice would you give to would-be writers?
Stephanie: Don’t decide you want to become a writer unless you can bear spending most of your time doing stuff that has nothing to do with writing. Like social networking. Like marketing. Like talking up your work. It’s hard to get noticed, but I admit, it’s very uncomfortable talking about your own work all the time. It feels like, me me me me.

Rita: Is your story of Cleopatra Selene complete? Where will your writing go from here?
Stephanie: I have one last book to write. It will tell the story of how Selene built her kingdom and how Cleopatra’s grandchildren fared. I think it’s going to be very special, this book, and kind of makes me weepy to say goodbye to her after so long.

About Stephanie…
Stephanie graduated with a degree in Government from Smith, a small women’s college in Massachusetts where–to the consternation of her devoted professors–she was unable to master Latin. However, her focus on Middle Eastern Studies gave her a deeper understanding of the consequences of Egypt’s ancient clash with Rome, both in terms of the still-extant tensions between East and West as well as the worldwide decline of female-oriented religion.

Before she wrote novels, Stephanie was a lawyer, a game designer, and a teacher. Now she uses the transformative power of magic realism to illuminate the stories of women in history and inspire the young women of today. She remains fascinated by all things Roman or Egyptian and has–to the consternation of her devoted husband–collected a house full of cats and ancient artifacts. 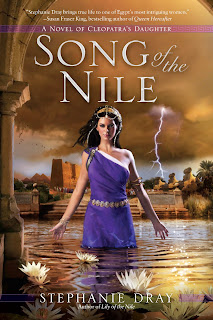 *Sorceress. Seductress. Schemer. Cleopatra’s daughter has become the emperor’s most unlikely apprentice and the one woman who can destroy his empire…*


Having survived her perilous childhood as a royal captive of Rome, Selene pledged her loyalty to Augustus and swore she would become his very own Cleopatra. Now the young queen faces an uncertain destiny in a foreign land.

Forced to marry a man of the emperor’s choosing, Selene will not allow her new husband to rule in her name. She quickly establishes herself as a capable leader in her own right and as a religious icon. Beginning the hard work of building a new nation, she wins the love of her new subjects and makes herself vital to Rome by bringing forth bountiful harvests.

But it’s the magic of Isis flowing through her veins that makes her indispensable to the emperor. Against a backdrop of imperial politics and religious persecution, Cleopatra’s daughter beguiles her way to the very precipice of power. She has never forgotten her birthright, but will the price of her mother’s throne be more than she’s willing to pay?

Email ThisBlogThis!Share to TwitterShare to FacebookShare to Pinterest
Labels: interview