Joseph Gergis and The Darker Light 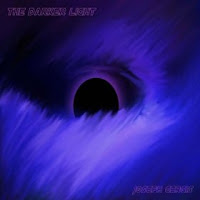 Music, art, and the magic of storytelling has made the world turn 'round for centuries. The golden ages of history are marked by great artists, musicians, playwrights, and novelists. So it is with great honor that I introduce composer Joseph Gergis, a great friend and comrade. An IT developer by day, musician by night--when he is not plotting to take over the world.

February 2008, Joe participated in the RPM challenge (something similar to NaNoWriMo in November, but for musicians in February) and produced The Darker Light album, a mix of electronic and classical sounds that left me amazed, breathless, and quite envious. I wished that I could do something like that. The song Pink (A Shade of Color in the Dark), my favorite in the album, redeems the one color I hate the most.

Here it is February 2010, and Joe, crazy man that he is, is at it again. This time, he is documenting his progress on his blog. You can catch the rough draft snippets of what he has so far and check out the playlist of music he listens to during the day to prepare for nightly composing sessions. 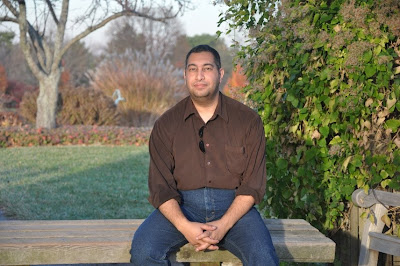 Rita: What are you working on? What is this contest?
Joe: I am working on my latest album, as yet untitled. The working title is 2010A, because I am planning three releases this year. I am doing this album as part of RPM 2010. It is the Record Producing Month Challenge: produce an album in the shortest month of the year, February. This means writing, recording, mixing, and delivering the album by noon, March 1.

Rita: Why do you write music? What got you into this?
Joe: I've been writing music for the better part of 15 years; playing music for much longer, perhaps 22 years? But really, music is just in my blood. I grew up listening to all types of music and for me, the auditory sense challenges vision as my primary sense. I love sound. I love the things one can do with sound. I love the expression of humanity we can provide with musical instruments (yes, including the human voice, even though I prefer more instrumental works). Writing music, for me, is a cathartic, practically spiritual experience. I write music because I must.

Rita: What do you hope/dream will come out of your efforts?
Joe: I am pretty pragmatic about this - I hope I end up with a decent album I enjoy listening to that follows up "The Darker Light" with the same quality I produced that album with. I hope to gain a few new listeners, and some more experience in the production aspects of the music. Would I like to be a rock star? Who wouldn't? But now back to reality...

Rita: How do you create music on the computer? What software do you use?
Joe: I used to be a pretty fanatical hardware synthesizer guy, but in the past decade I've ditched almost all hardware (I still require a couple of MIDI controllers) and now I use Propellerhead's Record almost exclusive. It's a complete software solution for composition, recording, and mixdown. Record finally added the one piece missing from their earlier software release, Reason 4.0, which is audio recording. I can now record vocals! But that's a different album.

Rita: Where do you find your inspiration?
Joe: Inspiration comes from anywhere I can hear sound. A song. A bird. I had an experience recently where a friend was knitting. Apart from the fact
that I had no idea she could knit, and knit well, what distracted me totally from the conversation was the click-click of her needles, along with the fact that I could practically hear the movement of the yarn across the needles as a musical movement. Inspiration is where you find it.

I especially liked what he said about inspiration. Whether you write, draw, or make music, inspiration does come from everywhere.