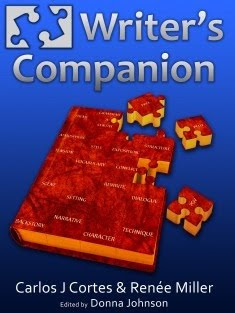 , helpful for both beginning and experienced writers, covers the writing process from plotting and planning through writing and editing to querying and finding a publisher. I've studied many great books on writing but nothing as comprehensive as this guide.

You will reference these 600 pages of material again and again, manuscript after manuscript, long after you've made millions and topped the best seller lists. I highly recommend this book for every writer and writing hobbyist.

Renée Miller, one of the authors, shares a modified excerpt. Together, Renée and Carlos share some interesting thoughts about the future of publishing. 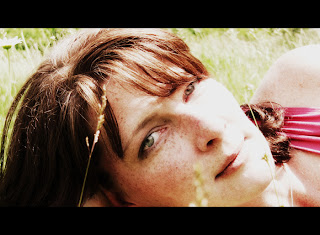 Thanks for having me, Rita. I always love visiting your blog.


I considered posting an excerpt from the Writer’s Companion that discussed how to do this or that but decided that’s rather uninteresting and not very interactive. Then I recalled the Oracle. As an afterword and closing brooch for the Companion, we wanted to be reckless and play the game of prophesy.


Prophets engage in a risky business, in particular if they survive their prophecies. Most prophets we know of would have had to eat their words if they were still around, though it strikes us as crafty that most weighty prophecies entailed such a long time lapse that the prophet was safe from having to face the hordes of his peeved followers. Others—doomsday prophets in particular—weren’t so lucky and had to swallow a bitter pill (and often run for dear life) when the event didn’t pan out.


In writing the Companion, we researched the publishing industry’s history as well as recent changes. To say the foundations of what used to be are shaky would be an understatement. The question is, how will this pan out for writers? What will the new publishing model be when the dust settles? What’s the future of the publishing industry?


In our opinion, there’s a difference between a forecast that contravenes physics and scientific observation and a prediction founded on logic. Most of the conjectures in Huxley’s Brave New World and Orwell’s 1984 stem from logic. Naturally, with so many variables and unknowns, a logical prophecy doesn’t have more weight than an educated guess.


Our oracle, firmly grounded on state-of-the art resources (crystal ball, tealeaves, Ouija, I-ching and a deck of funny-looking cards), predicts that within the next ten years:

2. E-publishing with reputable publishers will be as hard to access for new writers as

traditional publishing is at present times.

3. E-publishers will only accept submissions through literary agents.

4. E-books will be rated by an agency, as to their literary and editorial merits.

5. POD will shrink down to a tenth of its present size.

6. Two-thirds of traditional book retailers will have disappeared.

7. The number of readers will remain unchanged.

8. A large percentage of successful writers will issue from the East.

9. Most of the Internet free services to writers will be subscription only.

10. Traditional writers will be on the road to extinction.

We suppose that our readers might agree with some of these predictions and disagree with the rest, perhaps all. In our defense, we attempt to justify the logic behind each forecast in the Writer’s Companion. What do you think? Are we way off base? Share your predictions for the industry over the next decade. We should come back here in 2021 (as long as the doomsday prophets are wrong yet again) and see how close we all came.


I’ll be sharing the basis behind each prediction over on The Edge starting on Sunday. Come on over and share your thoughts. Yes, even if they’re negative ones.


And thank you, Rita, for allowing me to post my insanity.

Later next week, I will post a giveaway for a copy of the Writer's Companion.  So be sure to come back for more goodies.
Posted by Rita Webb