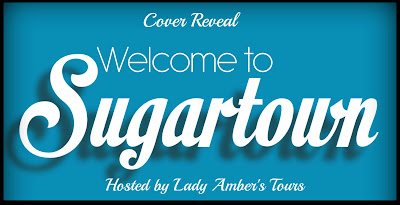 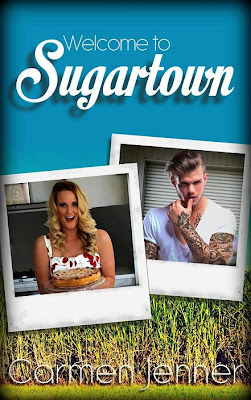 Ana Belle never wanted anything more than to hang up her apron, jump on her Vespa and ride off into the sunset, leaving Sugartown in the dust.

Elijah Cade never wanted anything more than a hot meal, a side of hot arse and a soft place to lay his head at night where he could forget about his past.

But you know what they say about wanting: you always want what you can’t have.

Nineteen year-old virgin Ana is about to discover that’s not quite true because a six foot three, hotter than hell, tattooed, Aussie sex god just rode into town. He’s had a taste of her pie and he wants more– no really, Ana bakes pies for a living, get your mind out of the gutter.

She’d be willing to hand over everything tied up in a big red bow, there’s just one problem; Elijah has secrets dirtier than last week’s underwear. Secrets that won’t just break Ana’s heart, but put her life at risk, too. When those secrets come to light, their relationship is pushed to breaking point.

Add to that a psychotic nympho best friend, an overbearing father, a cuter than humanly possible kid brother, a wanton womanizing cousin, the ex from hell and more pies than you could poke a ... err ... stick ... at.

And you thought small towns were boring.


*Content Warning. Intended for a mature 18+ audience. Contains explicit sex, violence, oodles of profanity and a crap-tonne of AWKWARD. 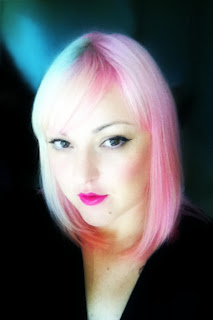 Carmen Jenner lives on the far North Coast of New South Wales, Australia with her partner, their two awesome kids and her Chihuahua Pikelet. Her interests include: books, cupcakes, biker boys, naughty faeries, zombies and things with fangs.
She’s the author of Book Me! a book review site and is currently working hard on some super scintillating, sekrit squirrel project that you'll be dying to read.

Her short story: What Goes Around, was published in Crooked Cat Publishing's
Fear: A Modern Anthology of Horror and Terror
October 3, 2012.

She will be appearing as a panelist at UtopYA 2014

Carmen despises talking about herself in the third person but LOVES hearing from Authors, Publishing Houses, and fellow Bloggers
and can be found at the following places: