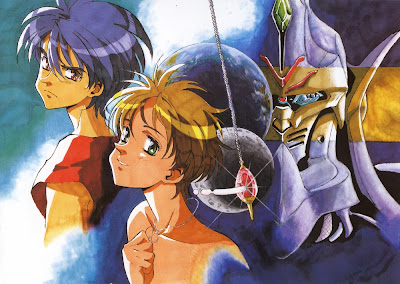 We’ve been watching this old anime series with the kids now that they are old enough for something like this. When they were little, we waited for them to go to bed before we watched Escaflowne.


There's both a movie and a TV series. The movie is only a condensed version of the TV series, so if you want the full affect, find the TV series.


It’s a really magical story, and the world is so well developed. One Japanese girl (Hitomi) has been transported from her home to this magical dimension called Gaia where Earth is the mystical moon hanging in their sky. War has erupted as a mad man wants to create a utopian future.


The whole story is an intense ride. What I love most about it is the important life lessons Hitomi learns along the way. Like you need to believe in the people you love. Like you can't look to the future with dread and fear or you'll choose a future full of everything you're afraid of.


And when the credits scrolled on the last episode on the last disk, my little Ro (age 9) waited for her sisters to go upstairs and then came up to me to tell me a secret. She said, “I love Van, mom. I really do. I hope I can marry someone like him when I grow up.”


You should have seen the sincerity in her eyes. Her first fictional boyfriend. And can you blame her? He's got wings! 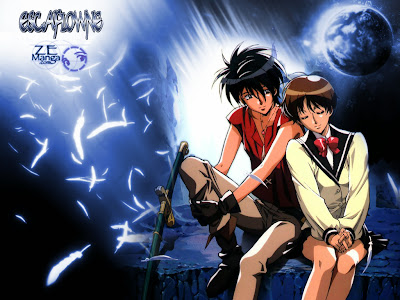