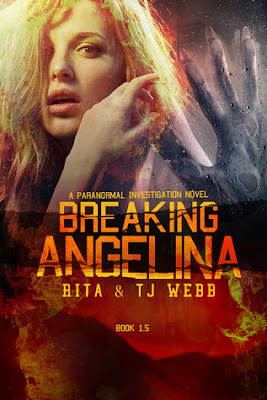 We got our comments from the beta readers. As a result, TJ and I plunged into editing. It was overwhelming at first, but the deeper we get into fixing things, the better this story gets.


The good news is the marriage hasn't ended and we will continue writing books. There were no dead bodies, well, except for the fictional ones. And we are totally in love with our story.


The bad news is we're utterly exhausted. And ARC's will be out 1 day late. And I screwed up some deadlines I was supposed to do for my blog and such.


Round #1: I went through and made changes Thursday night and into Friday. Took me almost 24 hours with a break for sleep.
Round #2: TJ fixed my fixes. Started Saturday morning and finished Saturday evening at like 3 in the morning.
Round #3: I went over his fixes.
Then we argued over Chapter 2. Neither of us were happy with anything. Both versions felt wrong to both of us, and neither of us could figure out what to do with it.
Sleep (we only got like 4 hours) and then church Sunday morning, we were ready to tackle this thing again.
Round #4: I fixed Chapter 2
We got out of church and I said, "I know what's wrong with Chapter 2. We started the scene too late. We need some dialogue at the beginning."
Yep, that fixed it. We were both finally happy with the scene. I got my fingers crossed that you will be too.
Round #5: TJ and I both looked over what we had and decided we were happy with it ... after we fixed just a few more things.
Round #6: We're doing a read out loud.
Even with all the editing we've done, we're still finding issues. And believe me, the editing we did in the last 3 days is nothing to what we did before we sent it out to beta readers.
Our read out loud is the final polish we put on a story. This is when we find our typos and awkward phrasings and editing errors (like we added a word in the wrong spot in a sentence or deleted only part of a sentence or we changed a character's name but didn't find all the instances where that person was referenced) or grammar errors (run-on sentences and the wrong verb tense).
Last night, we read 12 chapters. Tonight, we'll read about 12 chapters. And tomorrow we'll finish the book and send it out to reviewers.
The marriage is patched up now that the editing is almost done. The kids aren't acting up too much because Mom and Dad went on hiatus. And the house will get clean again soon ... eventually.