Take your Criticism Like a Pro, Words of Wisdom from Kate Quinn 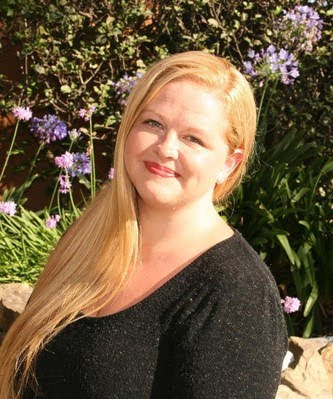 Kate Quinn is one author/friend I greatly admire, whose books I look forward to reading, whose blog I go to first, whose smile gives me cheer. Spring of 2010, her debut novel Mistress of Rome will be released, and I will be one of the first in line to buy this book.

I have already read the opening lines of this novel, and there are only two things I can say: (1) it is not the kind of book I would have expected from a historical novel and (2) it will be very hard to wait until spring to read this book.

Recently during an online discussion, Kate shared some of her thoughts on how to handle rejection. With her permission I share her words here. I hope you benefit from her wisdom as much as I have.


We talk a lot about being able to "take" criticism - but not how one does that. Here's my hard and fast rule: When you receive criticism, don't respond to it for at least a few hours, except to say, "Thanks for the critique." Unless it is a misspelled vindictive rant filled with unflattering observations upon your character and not your writing, leave it at "Thanks for the critique." I made this rule for myself because one of my first impulses upon receiving criticism, even constructive criticism which I asked for, is to defend. "I know you didn't like that character, but if you'll just see it my way, you'll see he's a central part of the plot!" etc.

Therefore I resist the urge to defend, and sit back. Rant a little to myself sometimes - "Well, he had good points about the point-of-view switch in chapter 1, but how could he be so insensitive as not to see the importance of that character!" Then think about what was offered. "That character is important. But maybe I see his point about how it's going over the top."

Then initiate a talk, if necessary, with the one who offered the critique. This talk can go one of two ways.

1. You decide the reviewer has a point, even if a minor point. So the talk goes: "I see why you objected to that character, but he's pretty central to the book as you'll see from looking at plot points B and C, or at least that's how I planned it. What do you think?" In this case you have a civilized discussion on your hands. Maybe you'll talk them around to your point of view. Maybe they'll talk you around to theirs. Maybe you'll just get a screen to bounce ideas off of, and come up with a brilliant middle-ground solution.

2. You decide the reviewer, after mature thought and reflection, is completely wrong. In which case you say, "Thanks again for your critique", discard everything they said about your character as bunk, and move on to the other parts of their critique which you evaluate on their own merits as useful or not.

I make this rather lengthy argument because at some point, the person you will be arguing with will be your agent or your editor - and you have to know how to rationally discuss changes to your baby with them, in a cool and professional manner. My agent says 50% of new writers, in her experience, just can't or won't take criticism effectively. None of us wants to be part of that 50%.
Posted by Rita Webb