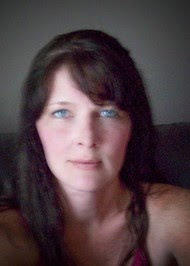 Authorities are still at a loss to explain the recent events that led to the mysterious suicide of the cult terrorist CJ. Renee Miller-Johnston, a member of the secret society The Sandbox, a human-interest group, reluctantly agreed to an interview with Webb Times. Perhaps she can shed some light on the Pocatello attack that occurred in the summer of 2009.

Rita: The question of the decade: Who is the mysterious CJ? Everyone wants to know.

Renee: I'm afraid we must keep CJ's identity a secret, for his identity could expose the Sandbox. I will say, he is a very talented and respected author. He has a way with the ladies; I'm not sure I've ever seen one come away unscathed, or quite the same after an encounter with him. This is why it was imperative that he be stopped. Can you imagine the power he would hold should he manage to seduce a larger portion of the female population? Terrifying.


Rita: How did the Sandbox get involved in solving this crime?

Renee: Several members of the Sandbox happened to be watching a friend's farm while she was away. Little did they know the madness that would ensue next door. CJ went nuts, drunk on his own power, painting barns, plucking chickens, burning piles of manure. His followers would do whatever he asked; it was escalating out of control. I can't imagine what would have happened if we hadn't been there. I'm sure the pigs would have been next. We wanted to take him alive, to examine him and figure out just what it is he has that these women want and how much he really knows about the Sandbox. Now, we'll never know.


Rita: You mention the Sandbox a lot. They seem to have eyes and ears everywhere. Who are these secret people in this secret society known as the Sandbox?

Renee: The Sandbox is a secret society of writers. Of course, we do much more than write, but our other activities must remain secret. I'm sorry, but I'm sure you understand. Should I reveal what we do I could vanish without a trace. I don't want to do that. I'm not at liberty to reveal the other members' identities. Some of them are in deep cover, so to name them would ruin their current operations. Perhaps some day we'll be able to come out more fully into the open. I don't do undercover work, so my identity isn't secret. I'm far too public to do undercover. People always find me out.


Rita: Now that CJ is dead, what will the Sandbox do next? After the funeral, of course.

Renee: As for what we'll do now--we're waiting until after the funeral to decide. There are several members of CJ's harem waiting in the wings, hoping to get even. Then there's the matter of the body. Until we see a body, we will not have confirmation that CJ is in fact dead. He is a slippery individual. Those women would do anything for him. I wouldn't put it past them to stage his death using some other poor fool in his place. The plan is to confirm that he is dead, and then move on to other lesser threats. Maybe we'll write something. It's been a while since we've had time to do that. CJ has kept us very busy.

Written in dedication to Renee, Paul, Wendy, and Carlos. Thanks for your sense of humor.

Also dedicated to OFW and the authors of the Ménage à 20.
Posted by Rita Webb